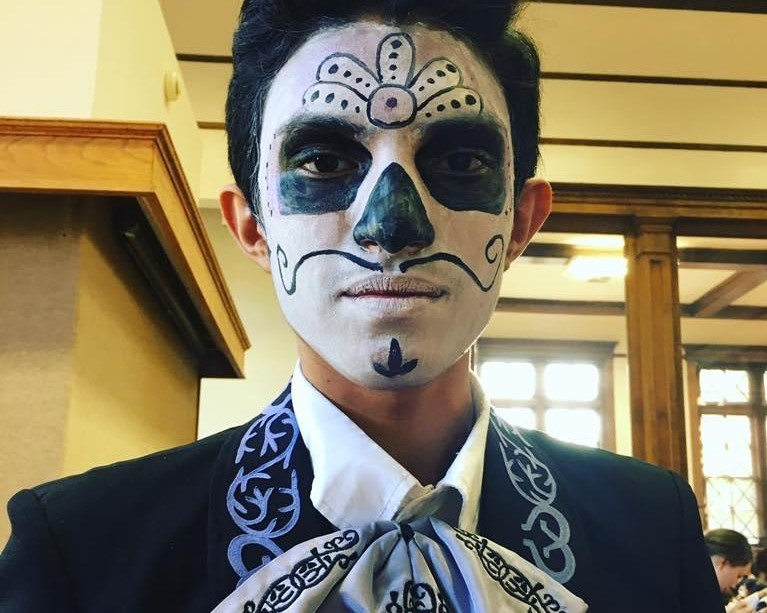 The new Disney●Pixar film Coco offers educators a chance to introduce Mexican culture and Mexican music into their classrooms and engage students with the film as well. The movie’s central theme is the “Day of the Dead” (Dia de Los Muertos) which is a traditional celebration in Mexico and now has become very popular in the United States to honor our ancestors who have passed. The theme song for the movie is “Remember Me,” which is theme of the “Day of the Dead” celebration: to remember the people who passed and remember their great lives. 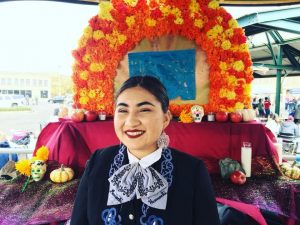 This year we used the Disney●Pixar Coco movie clips to get students excited about the “Day of the Dead” celebration. As a Latino-American, I am excited that Mexican-American culture is shown in an authentic way for the whole family to enjoy. This year the Wenatchee High School Mariachi Huenachi advanced class performed for the annual Walla Walla Dia de Los Muertos celebration. This is the fourth year I have taken my students, and it is the highlight of the year. We spent the weekend in Walla Walla, Washington, for this year’s celebration of life.

The Day of the Dead celebration sometimes gets confused with Halloween, but this is a celebration in which we use brightly colored decorations, colorful altars, and colorful calaveras (skulls.) Halloween usually uses darker colors: black, whites, and greys.

Mariachi Huenachi’s first item on the agenda was to get ready for the annual Dia of Dead Parade. They play traditional songs of the past in a parade with floats made by community members, wear Day of the Dead colors, and march with large stuffed calaveras (skulls) on a pole. The veteran students who attended before brought white and black paint to paint their faces as calaveras. The calaveras paint is a symbol that we are all skeletons underneath. The students’ favorite part of the trip is to paint their face. In the parade we march down Walla Walla Downtown Boulevard. The whole town came out to see this parade and to get people excited and bring awareness for the Day of the Dead concert at the Downtown Farmer’s Market. 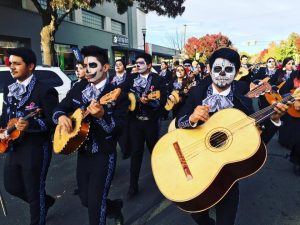 Mariachi Huenachi finished the parade, and then the Fiesta began. In the streets of Walla Walla there were taco trucks, tamale sales, and every kind of Mexican food you can think of. A Day of the Dead celebration is not complete without some good, home-cooked, authentic Mexican food. We played on the main stage, and we played songs that were Mariachi hit songs made popular by many Mexican musicians who have passed on. What I love about Mariachi music is that it’s like Christmas music: Everyone knows the words, and everyone can sing along. 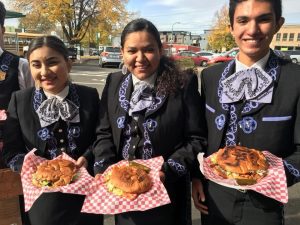 In the Farmer’s Market where we performed, the Mariachi students had the opportunity to visit the altars. These are beautiful altars that have pictures of people who have passed on. Some are pictures of Grandmas or Grandpas that are framed with colorful flowers and candles. The altars are used to honor the people who have passed on, so once a year we remember them. At the altars, they have a bread called Pan de Muerto, which is a special roll made in the shape of skulls. On the altars are Ofenda, or an offering often used to honor ancestors for what they liked in the past. For example, if the person who passed loved soccer, they would add a soccer ball to his altar. 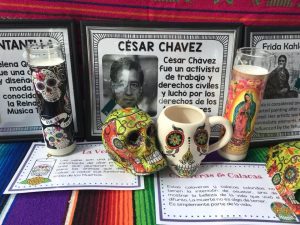 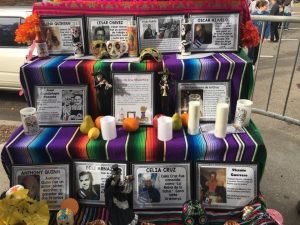 Mariachi Huenachi had a blast performing for this all-day celebration. As an educator, I see that this tradition of the Day of the Dead stays alive for the future generations to come. The students every year remind me, “Let’s make an altar, Mr. Rivera.” My favorite part is when the students tell me, “It’s that time of year—time for Dia de Los Muertos.”

In the Disney●Pixar movie Coco, we see Miguel, a 12-year-old boy who dreams to be a musician like his great-grandfather. However, his family will not let music play in his family home, and he has to see his ancestors to find out what being a musician is all about. This story is a great way to engage Latino and non-Latino students about the cultural aspects of the Day of the Dead celebration.

A great idea for your music program during the month of November is to have an altar in your classroom. This year I had an altar in my classroom of leaders from the past—for example, Cesar Chavez, Celia Cruz, and Selena. I used it as a history lesson for the students, and also a way of teaching respect for the people who have passed on. 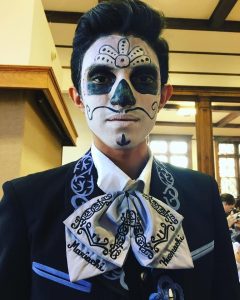 NAfME teamed up with the GRAMMY Music Education Coalition so you can learn and teach the music of Disney●Pixar’s Coco. Thanks to the generous support from Berklee PULSE, music teachers and students across America can learn original songs from Coco such as “Remember Me.” Educational units, including video and audio content, teacher activators, grade-level appropriate activities, assessments and even sheet music are also available. Visit https://grammymusiced.org/coco for more information.

Ramon Rivera is a mariachi teacher at Pioneer Middle School and Wenatchee High School in Wenatchee, Washington. Wenatchee, in North Central Washington, is known as the Apple Capital of the United States. The student population in the two schools where Mr. Rivera teaches in Wenatchee is 51% Latino.

Ramon Rivera’s music program at Wenatchee High School is a Give A Note Foundation grant recipient. Ramon Rivera was also named a 2017 CMA Music Teacher of Excellence by the CMA Foundation this past spring. 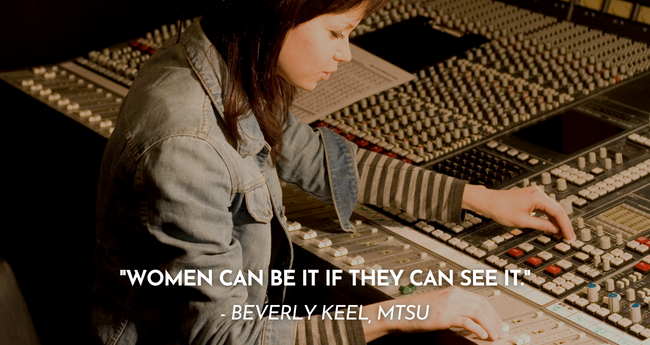 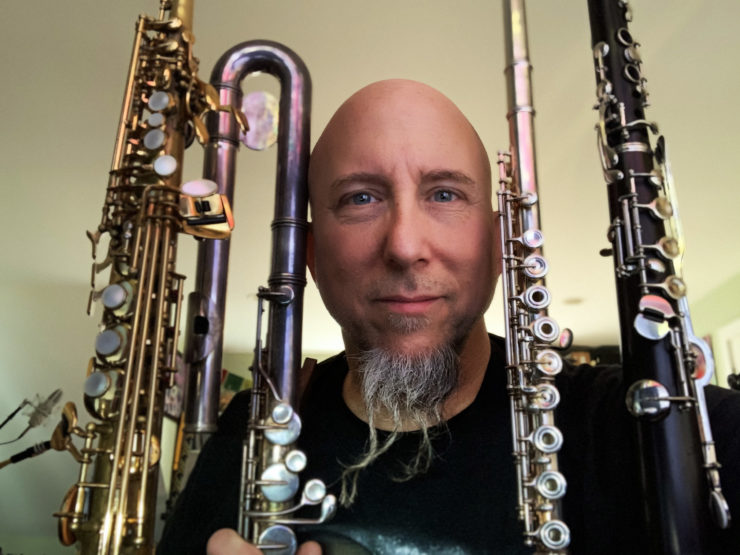