The 2015 MIOS Tour was sponsored by Give a Note Foundation, Big Machine Label Group, and powered by Radio Disney! This tour was headlined by rising star, singer/songwriter RaeLynn!  Check out her message:

The tour kicked-off at Walt Disney World at the Festival Disney celebration on Saturday, March 7, and ended at the Grand Ole  Opry in Nashville on March 14. The signature tour bus stopped at five schools:

Each stop featured a performance by the school ensemble, the presentation of a Give a Note Foundation grant of $1000, and a private concert by RaeLynn – which will included the song she co-wrote for the 30th Anniversary of Music In Our Schools Month – “Always Sing”. 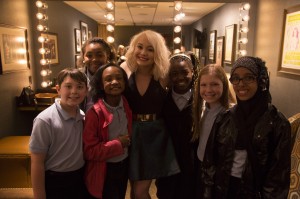 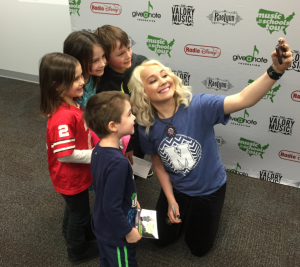 RaeLynn poses for a selfie with Mason Elementary (OH) students 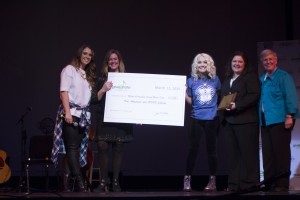