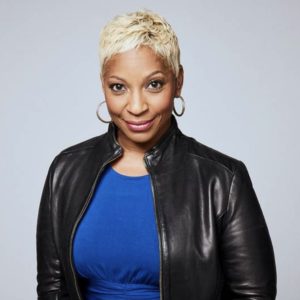 Audrey Irvine has worked in the media industry for over 20 years at some of the biggest industry leaders including CNN, ESPN and ABC News.

In her current role as Senior Director of Newsource Newsgathering, Audrey oversees the affiliate news-gathering operation at CNN Newsource that services over 1,000 domestic local stations including Alaska, Canada, and Hawaii In partnership with our affiliate partners, this department services the breaking news and continuing news coverage needs of all CNN platforms, programming and partners.

Audrey has produced key coverage for CNN air, including post Hurricane Katrina coverage from New Orleans where she won a Peabody Award and numerous election cycles. Audrey won an Emmy for CNN’s breaking news coverage of the Death of George Floyd in 2020.

Before joining CNN, Audrey worked at ESPN, the premier 24 hour sports network, as an assignment editor. In her six years working there, she contributed to Emmy award winning programs SportsCenter, College Gameday and Sunday NFL Countdown where she covered two Super Bowls.

Audrey started her journalism career at the ABC News Southeast Bureau as an assignment editor where she was involved in award winning coverage of the Oklahoma City bombing, the David Koresh standoff in Waco, Texas and the Olympic Bombing at Centennial Park.

Audrey was born and raised on the beautiful island of St Croix, US Virgin Islands, currently residing in Atlanta, GA. Audrey received her Bachelor of Arts in Mass Communications from Clark Atlanta University and is a member of the National Association of Black Journalists.