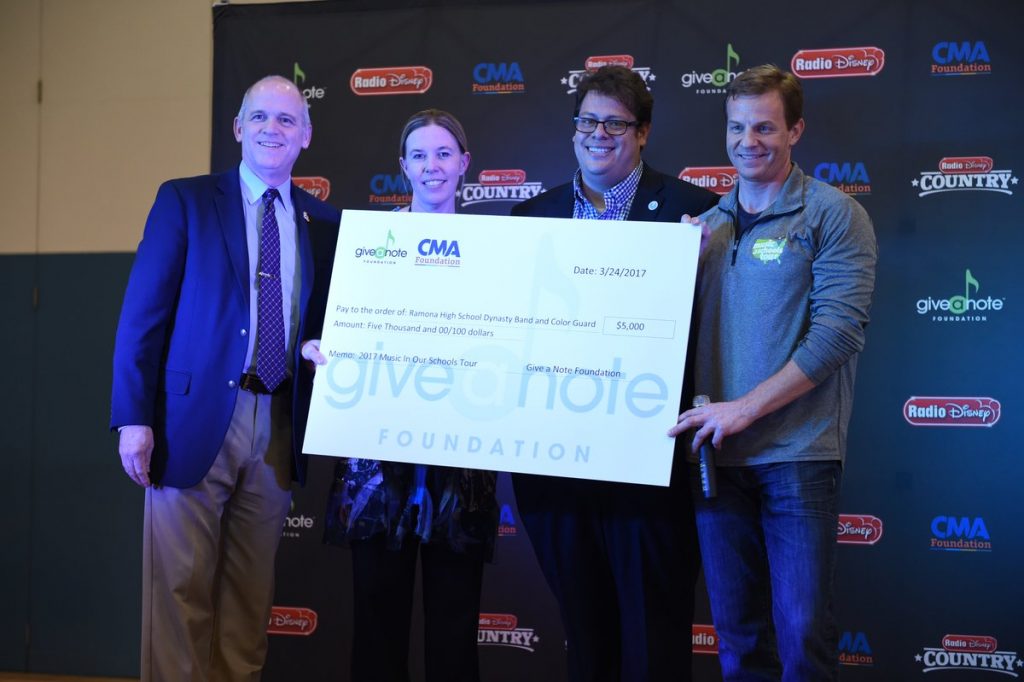 This March-April Give a Note Foundation is hosting its fourth annual Music In Our Schools – Music Inspires Tour, and James Otis Elementary School will be the seventh stop. This year along with Radio Disney and Radio Disney Country, the CMA Foundation is joining by matching grants to the six schools selected for the Tour – with a total of $30,000 to be presented to schools for their music programs.

After more than 60,000 views of the 12 semifinalist schools’ videos for the 2017 Music In Our Schools – Music Inspires Tour, during which viewers voted daily for their favorite schools last fall, James Otis Elementary School in Boston, MA, was among the six schools selected to be part of the Tour. James Otis Elementary School will be presented a “big check” from Give a Note Foundation for $2,500, which will be matched by the CMA Foundation. The CMA Foundation has also named music educator Colin O’Dwyer a 2017 CMA Music Teacher of Excellence and will attend a celebratory dinner hosted by five-time CMA Vocal Group of the Year Little Big Town Wednesday, April 26, at Nissan Stadium in Nashville, the home of CMA Music Festival’s Nightly Concerts.

At the April 5 Tour stop at 12:30PM, Radio Disney artists Skylar Stecker and Jessie Chris will join in celebrating the talented students with a performance at their school hosted by Radio Disney’s Morgan. James Otis Elementary School will also be presented an honorary Radio Disney Music Awards (RDMA) “ARDY” Statuette. 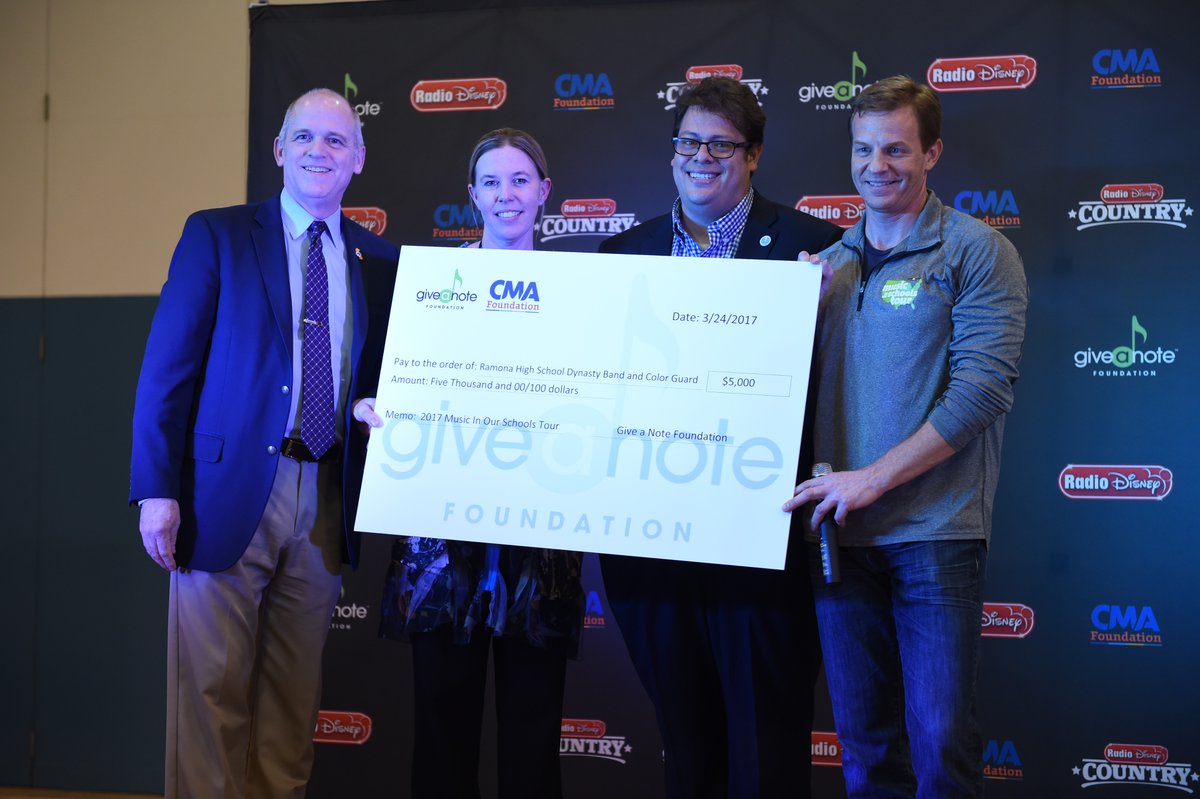 “The Otis has been a leader in demonstrating how an arts-based education is vital to a well-balanced education, building a powerful and engaging academic curriculum,” said music educator Colin O’Dwyer. “Our students sing, dance, play instruments, and since 1994, our fifth grade class has staged a full-scale annual musical production in the auditorium at East Boston High School, complete with choreography, sets, costumes, wireless mics and audiences. We have now expanded this to include other grades as well.”

“I am very grateful for the support of Give a Note Foundation,” said James Otis School principal Paula Goncalves. “Arts is very important to supporting all aspects of students’ education and growth, and this type of support will go a long way to help our students.”

About the Give a Note Foundation.