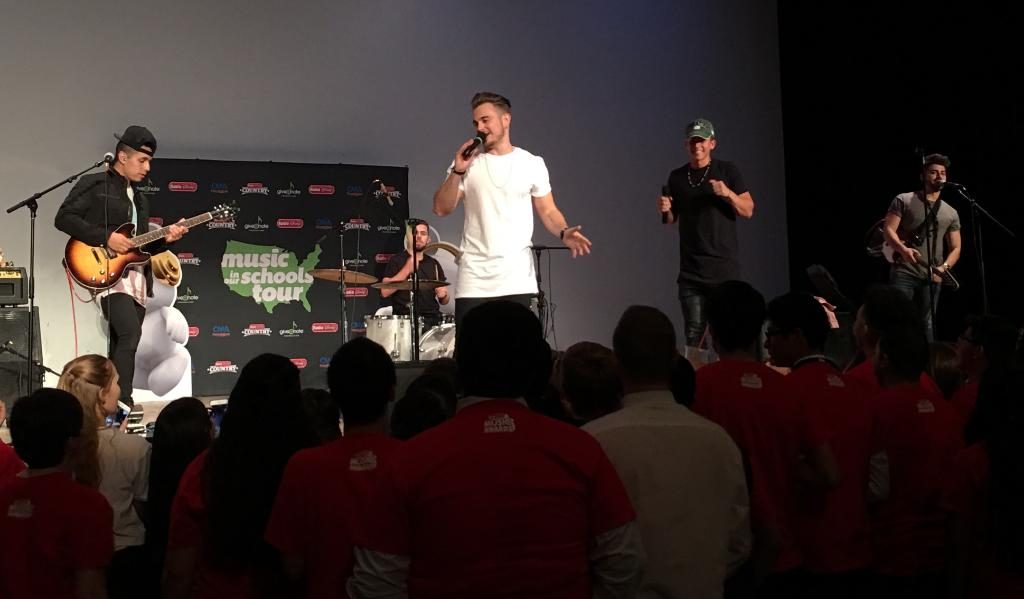 This March-April Give a Note Foundation is hosting its fourth annual Music In Our Schools – Music Inspires Tour, and Wenatchee High School will be the sixth stop. This year along with Radio Disney and Radio Disney Country, the CMA Foundation is joining by matching grants to the six schools selected for the Tour – with a total of $30,000 to be presented to schools for their music programs.

After more than 60,000 views of the 12 semifinalist schools’ videos for the 2017 Music In Our Schools – Music Inspires Tour, during which viewers voted daily for their favorite schools last fall, Wenatchee High School in Wenatchee, WA, was among the six schools selected to be part of the Tour. Wenatchee High School will be presented a “big check” from Give a Note Foundation for $2,500, which will be matched by the CMA Foundation. The CMA Foundation has also named music educator Ramon Rivera a 2017 CMA Music Teacher of Excellence and will attend a celebratory dinner hosted by five-time CMA Vocal Group of the Year Little Big Town Wednesday, April 26, at Nissan Stadium in Nashville, the home of CMA Music Festival’s Nightly Concerts. 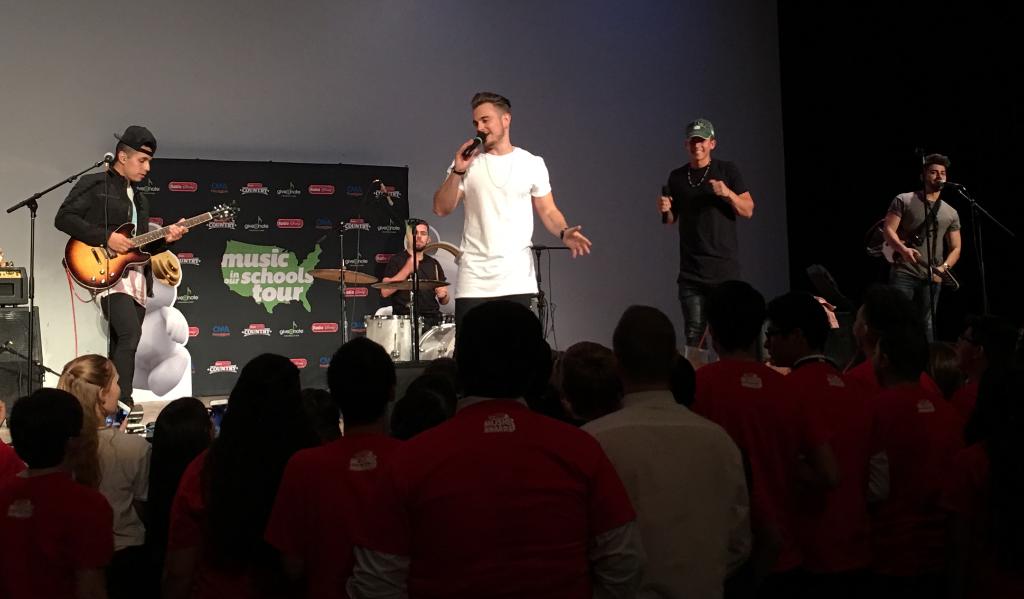 Radio Disney artist Los 5 performs at Joliet Central High School in Joliet, IL, on March 17 during Give a Note’s 2017 Music In Our Schools Tour.

At the March 29 Tour stop, Radio Disney will join in celebrating the talented students with a special event at their school hosted by Radio Disney’s Morgan. Wenatchee High School will also be presented an honorary Radio Disney Music Awards (RDMA) “ARDY” Statuette.

“Our Mariachi program has been a pathway to college for Wenatchee students,” said Wenatchee music director Ramon Rivera.

“Our Mariachi program has been a pathway to college for Wenatchee students,” said Wenatchee music director Ramon Rivera. “Since 2009, we have had a 100% high school graduation rate in our program, with the kids now going to college and beyond. Since its beginning in 1993, it has grown into three classes at the high school, three middle schools, and two elementary schools district-wide. The tremendous impact this program provides to many Wenatchee High School students has attributed to its rapid growth and demand. The program is free of charge, allowing students who may be considered at-risk, low-income, migrant, or special needs to participate and enjoy an engaging musical activity without the financial burden many other school activities can often cause.”

Mr. Rivera describes the benefits of the mariachi program—students “excel in all of their studies, work better in teams, have enhanced critical thinking skills, stay in school, and pursue further education”—but more so, “it also empowers a students’ self-esteem by connecting them to their heritage and to others, attracting them to new traditions and cultures. This passion establishes a sense of value and worthiness to achieve goals and pursue further education. This grant from Give a Note Foundation and the CMA Foundation, and recognition from Radio Disney, will help out our program a lot.”

About the Give a Note Foundation