This March-April Give a Note Foundation is hosting its fourth annual Music In Our Schools – Music Inspires Tour, and Joliet Central High School will be the fourth stop. This year along with Radio Disney and Radio Disney Country, the CMA Foundation is joining by matching grants to the six schools selected for the Tour – with a total of $30,000 to be presented to schools for their music programs.

After more than 60,000 views of the 12 semifinalist schools’ videos for the 2017 Music In Our Schools – Music Inspires Tour, during which viewers voted daily for their favorite schools last fall, Joliet Central High School in Joliet, IL, was among the six schools selected to be part of the Tour. Joliet Central High School will be presented a “big check” from Give a Note Foundation for $2,500, which will be matched by the CMA Foundation. The CMA Foundation has also named music educator Don Stinson a 2017 CMA Music Teacher of Excellence and will attend a celebratory dinner hosted by five-time CMA Vocal Group of the Year Little Big Town Wednesday, April 26, at Nissan Stadium in Nashville, the home of CMA Music Festival’s Nightly Concerts. 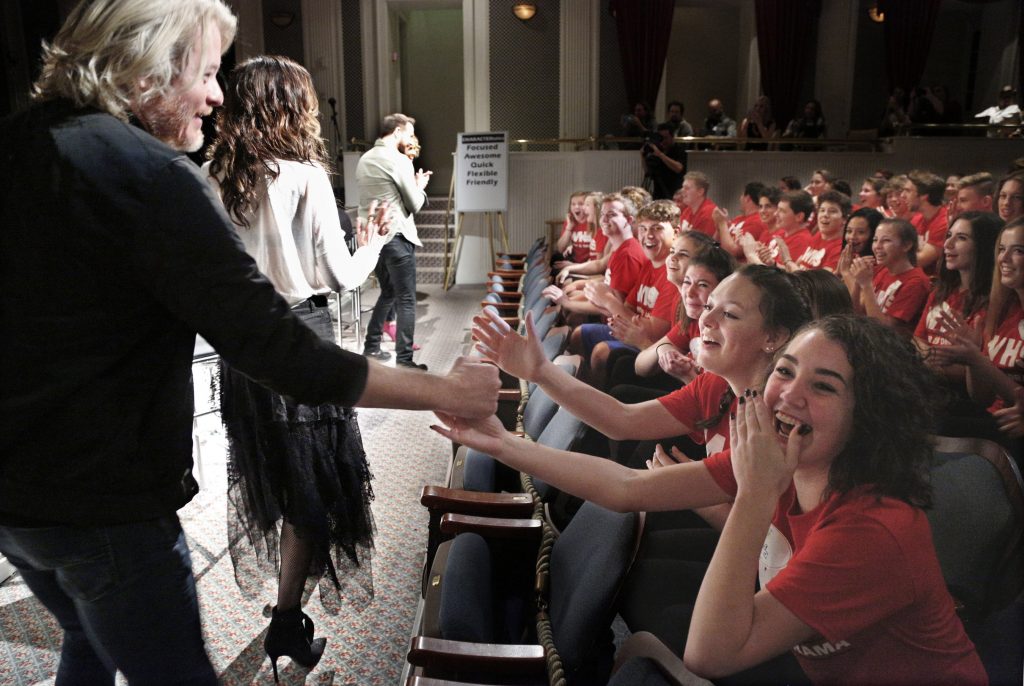 “I am extremely grateful for the grants from Give a Note Foundation and the CMA Foundation,” said Joliet Director of Bands Don Stinson. “The reality at Joliet Central is that more than 70 percent of the students in our band program do not own or cannot rent their own instrument. Our administration believe in and support our music programs, and work hard to provide equipment, materials and opportunities for our student groups. The reality is that band programs can be costly for schools and individual students, and the size of our school and our recent band program growth requires additional support.”

“This music program has not only shown me how to become a well-trained musician, but has also built my character, bettered my work ethic, and pushed me to succeed in being a supportive and helpful person in the community.”

Cristian Torres is a senior at Joliet Central High School and a percussionist in the band. Cristian plans to become a music educator as well. “This music program has not only shown me how to become a well-trained musician, but has also built my character, bettered my work ethic, and pushed me to succeed in being a supportive and helpful person in the community,” said Cristian, who calls the music program at Joliet his “second home.”

“The band program is a vital component of our school culture,” adds Joliet Central Principal Shad Hallihan. “Through their performances at assemblies, sporting events, parades, and school and community concerts, the band program is a source of pride for our school and community. The additional resources and opportunities that these grants provide will allow this fantastic program to have an even greater impact.”

Give a Note offers special thanks to Jersey Mike’s for providing catering for the tour stop at Joliet Central High School.

About the Give a Note Foundation